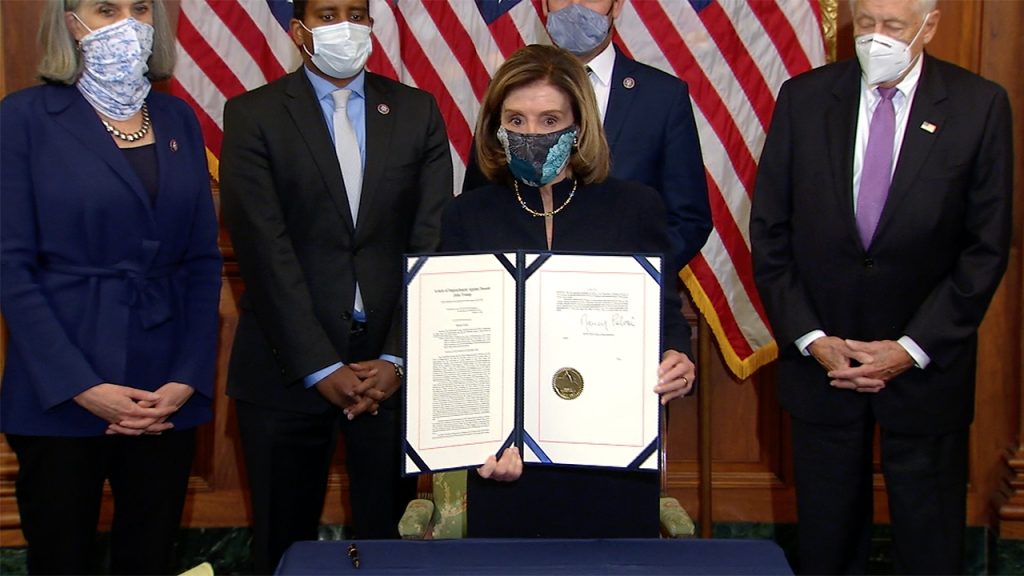 Just a few days before President-elect Joe Biden is sworn into office, the House voted 232 to 197 to impeach President Trump for the second time during his four-year presidency.

Speaker of the House Nancy Pelosi, D-Calif., accused Donald Trump of “Incitement of Insurrection” for exhorting his supporters to walk down to Capitol Hill and “fight like hell” as Trump said, to take their country back.

“Today in a bipartisan way the House demonstrated that no one is above the law, not even the president of the United States,” the speaker said. “Donald Trump is a clear and present danger to our country, and once again, we honored the oath of office to defend and protect the Constitution of the United States, so help us, God.”

Before the vote was taken place, lawmakers from both sides of the aisle expressed their concerns about the impeachment. Rep. Lauren Boebert, R-Colo., denied President Trump’s incitement of violence.

“I rise today to oppose yet another Democrat witch hunt … To be clear, this resolution is a divisive political stunt which would have no force of law and is a waste of our time,” said Congresswoman Boebert. “Democrats talk about unity, but clearly that is just talk, as their actions only further divide us. Their hypocrisy is on full display this week with this 25th Amendment stunt, Articles of Impeachment, censure bills, and other efforts to try to punish Republicans for false accusations of inciting the type of violence.”

Mrs. Boebert is a gun activist and she protested against speaker Pelosi’s new security measures to make sure no one, including lawmakers, brings in any weapons inside the chambers as there could be a possible theory that staff members or even lawmakers conspired with Capitol Hill assault.

Rep. Judy Chu, D-Calif., went the extra mile and pointed out Trump’s supporters as “terrorists” while the impeachment was taken place on the House floor.

“We were attacked by terrorists, but this time the terrorists were radicalized right here in the United States,” said Congresswoman Chu. “Worse thin was radicalized by the president, who intentionally lied to its supporters that the election was stolen and then tell them when to come to DC where to protest and who to direct their anger at.”

Mrs. Chu emphasized the urgent to remove President Trump as she considers he is too dangerous for the security of the country and must be accountable for inciting violence.

Now the impeachment is set to hit the Senate floor on Tuesday, Jan. 19, just one day before Biden’s inauguration but Senator Mitch McConnell, is not sure about debating the impeachment as he believes that there is not enough time for a fair trial which leads to the new incoming administration to take on the issue. 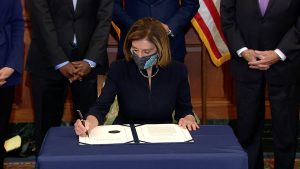 These GOP lawmakers trying to backtrack like “I was NOT voting to overturn the election with a lie I fed my white supremacist base, I was simply amplifying concerns that challenge the legitimacy of Black electorates in Philadelphia and Detroit and Latino electorates in Arizona”